Blog Articles: A High-Level View Of The CGL Policy 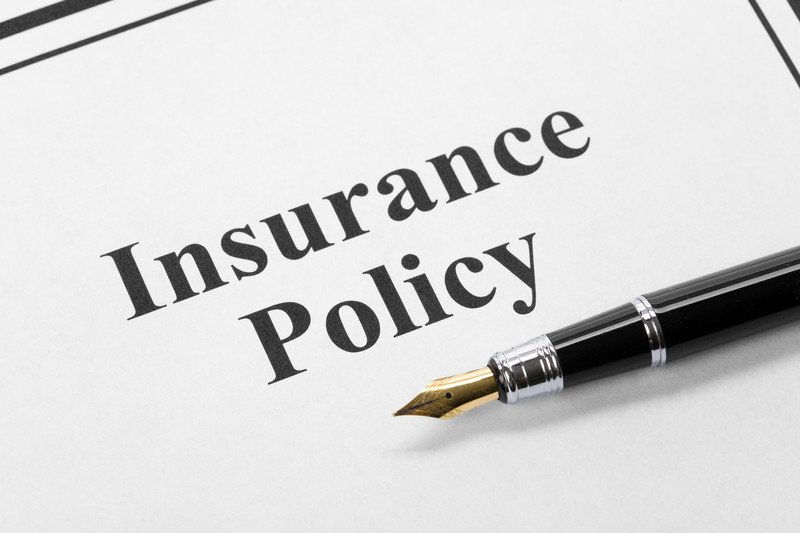 Not that this is always bad; many of us would not be employed if we had to start at the absolute beginning. There are, however, certain costs to starting in the middle. One potential cost is that we may have failed to lay a proper foundation for what we have learned. Because this can result in gaps in our ability to fully understand, it is beneficial to take a step away from the trees and look at the forest—the oft-mentioned bigger picture.

That the commercial general liability (CGL) policy is a complex insurance policy is not seriously disputed. Rather than digging deeper into such complexities, this article takes the opposite approach: a high-level view intended for insurance and risk management personnel or insurance buyers who seek a grasp of the basics, either to just get started or to help solidify a foundation for what they have already learned. Certainly, such simple explanations should never be the sole source for interpreting coverage. Nonetheless, a general understanding of the fundamental workings of the CGL policy has substantial practical value. Therefore, the purpose of this article is to be a primer of sorts and is intended to provide a plain, straightforward explanation of certain portions of the CGL policy.

As most CGL claims, disputes, and questions fall within Coverage A—Bodily Injury or Property Damage, this article will focus on the Coverage A insuring agreement and its exclusions. The Insurance Services Offices, Inc. (ISO), December 2007 edition of the "occurrence" (CG 00 01 12 07) CGL policy starts with a broad promise.

Property damage also includes loss of use of tangible property that has not been physically injured. Electronic data (information stored electronically) is not considered tangible property (more on this later).

Because the Coverage A insuring agreement is so broad, the CGL policy is defined to a great extent by its numerous exclusions. The series of exclusions that follows is foreshadowed by the phrase found in the insuring agreement "… to which this insurance applies." In other words, the CGL policy does not apply to all bodily injury or property damage. This may come as a shock to those businesses that advertise as "fully insured."

While there is undoubtedly a great deal more to the insuring agreement than noted above, keep in mind our focus is on the basics.

The Coverage A exclusions are intended to restrict or narrow the insurers' obligations to pay claims which may have been promised within the Coverage A insuring agreement. Put another way, the purpose of the exclusions is to eliminate what might otherwise be covered.

The reasons for exclusions to any policy, including the CGL policy, are varied. For example, an exclusion may take away coverage because the coverage is provided by another policy (workers compensation or commercial automobile), or require purchase of another policy (liquor, pollution, etc.). Other exclusions are added because the claims are considered uninsurable (business risks) or might be against public policy (intentional injury). Of course, the insurer is free to add, by endorsement, exclusions to the CGL policy because the insurer may just not want to provide some types of coverage.

Here are the exclusions to Coverage A that are included or "built into" a CGL policy. Additional exclusions may be, and often are, added by endorsement.

a. Expected or Intended

In most cases, if an insured intentionally causes property damage or bodily injury, that insured is not covered.

There is no bodily injury or property damage coverage for an insured held liable for damages by virtue of assuming the liability of another in a contract or agreement.

Example: If an insured agreed to assume the liability of a railroad in a construction agreement with the railroad, the insured's obligation to indemnify the railroad for therailroad's liability to others is not covered.

If the named insured is in the business of making, selling, serving, or furnishing alcohol, the CGL excludes any liability the insured may have because of bodily injury or property damage resulting from the alcohol.

Example: The local tavern does not have coverage in its CGL for a claim against the tavern brought by a pedestrian who was struck by a patron while the patron was driving away from the tavern after the patron was "overserved" by the tavern.

CAVEAT: Many (if not most) insurers add an exclusionary endorsement to the CGL policy that substantially expandsthe reach of the liquor exclusion. The liquor exclusionary endorsement eliminates coverage for not only those "in the business" but also anyone who sells alcohol for a charge or if the serving of alcohol requires a license, even if no charge is made. A not-for-profit sponsoring a fund raiser in which the cost of dinner includes two drink tickets may well be considered to have sold alcohol for a charge and thus have no coverage under its CGL for the serving of liquor.5

Statutory workers compensation benefits required to be paid by any insured are not covered by the CGL.

Example: The local high school has an underground heating tank that ruptures and releases almost 10,000 gallons of petroleum into the neighbor's soil, well, and basement. The damages claimed against the school by the neighbor are not covered by the high school's CGL policy.

There are some limited exceptions to the premises pollution portion of the exclusion. For instance, if the heating system malfunctions, releasing fumes within the building which cause sickness to others, the exclusion does not apply.

Bodily injury or property damage caused by the release or discharge of a pollutant is also excluded at any site at which the insured (or the insured's subcontractor) is working if the pollutants are brought to the site by the insured or the insured was at the site performing environmental work, such as testing for pollutants in the groundwater.

Example: A building cleaning contractor brings chemicals to clean the outside of a customer's building. While setting up to start the job, one of the workers knocks over a drum of the cleaning chemicals, which splashes on and burns a patron attempting to enter the building. As the insured brought the pollutants to the site, the contractor has no coverage for bodily injury to the patron.

As with premises pollution, there are some limited exceptions to the exclusion applicable when pollutants are brought to the site. For instance, if the adhesive used by a carpet installer to put carpets in an office building releases toxic fumes within the building that make some of the building's tenants ill, the carpet contractor is covered for this bodily injury because of the exception to the exclusion.

Bodily injury or property damage that may result from the use of aircraft, watercraft, or autos that are owned, operated, or rented or loaned to any insured is excluded.

Exception Example: While up in the bucket of the cherry picker, an employee trimming trees loses control of a large branch, which falls on a passing motorist, damaging the motorist's auto and injuring the motorist. Even though the cherry picker is an auto, this bodily injury and property damage is covered by the CGL because of the exception to the exclusion.

CAVEAT: The CGL policy has been changed (starting with the December 2004 edition) to redefine an "auto" to include what would otherwise be mobile equipment (such as a backhoe) if the mobile equipment is subject to compulsory insurance or financial responsibility. Put another way, if mobile equipment is deemed to be an "auto," because the vehicle was found to be subject to compulsory insurance law, automobile liability coverage needs to be arranged to avoid a gap in coverage, as the CGL will not cover bodily injury or property damage resulting from an accident that takes place while the backhoe is being operated as an "auto."7

Example: If a bulldozer that is being transported on a flatbed trailer rolls off because the driver of the truck pulling the trailer took the corner too sharply, any bodily injury or property damage that may result, such as the bulldozer damaging several cars parked along the road, would be excluded by the CGL.

There is no coverage for property damage to the following types of property:

Premises sold, given away, or abandoned by the named insured if the property damage is caused by a condition of the premises.

Example: Halfway through the job of replacing a floor, the contractor discovers that the new wooden floor panels have been installed upside down, requiring tearing out and replacing the floor panels with new panels. The cost of repair, including the property damage to the wooden floor tiles that have to be ripped out as well damage to the subflooring caused by the improper installation, is not covered by the flooring contractor's CGL.

k. Damage to Your Product

l. Damage to Your Work

m. Damage to Impaired Property or Property Not Physically Injured

Remember, the definition of "property damage" includes the loss of use of tangible property that has not been physically injured. Taking into account this portion of the "property damage" definition helps to explain the purpose of this exclusion—to restrict coverage for specific types of loss of use claims that may result even if no physical injury to the property of another has taken place.

This exclusion does not apply if the loss of use is caused by sudden and accidental physical injury to the named insured's property or work, and then only if the physical injury takes place after the product or work has been put to its intended use.

Example: A defect causes several billboard video displays to completely fail due to a short circuit, resulting in a total loss to the billboard. If the billboard manufacturer suspects that other video billboards might have the same defect, any costs to recall or withdraw from use any of its billboards, such as inspecting, adjusting, or removing the defective billboards, are excluded by the manufacturer's CGL.

Example: A patron sues a major retailer after the retailer pressed criminal theft charges against the patron (the personal injury offense alleged in this instance is malicious prosecution). Subsequently, the patron suffers a heart attack which is found to have been the direct result of the criminal prosecution. While the retailer would likely have coverage for the malicious prosecution claimed against it by the patron under Coverage B—Personal and Advertising Injury, any claim by the patron for damages resulting from the heart attack (bodily injury) are excluded under Coverage A.

The CGL does not provide coverage for loss of electronic data as such data is not tangible property and thus not considered property damage. This exclusion buttresses the Coverage A insuring agreement by excluding any damages arising out of the loss of, loss of use of, damage to, corruption of, or inability to access or manipulate electronic data.

Example: A tenant in a mall overloads the electrical circuits with its advertising display, causing a power surge that corrupts the customer information stored electronically by several other retailers located in the mall. The claim by the other retailers to restore the corrupted customer information is not covered by the CGL policy of the tenant that caused the power surge.

q. Distribution of Material in Violation of Statutes

If an insured violates certain statutes, the CGL provides no coverage for damages that may result from such claims.

Simplifying complex coverage issues does carry with it the risk that an appreciation of the full complexity of coverage might be lost. However, provided that such distilled explanations are viewed as a way to better understand the basics of coverage, straightforward descriptions of the Coverage A insuring agreement and its exclusions have substantial value as a starting point for learning or to fill in the foundations upon which further learning can be more solidly based.