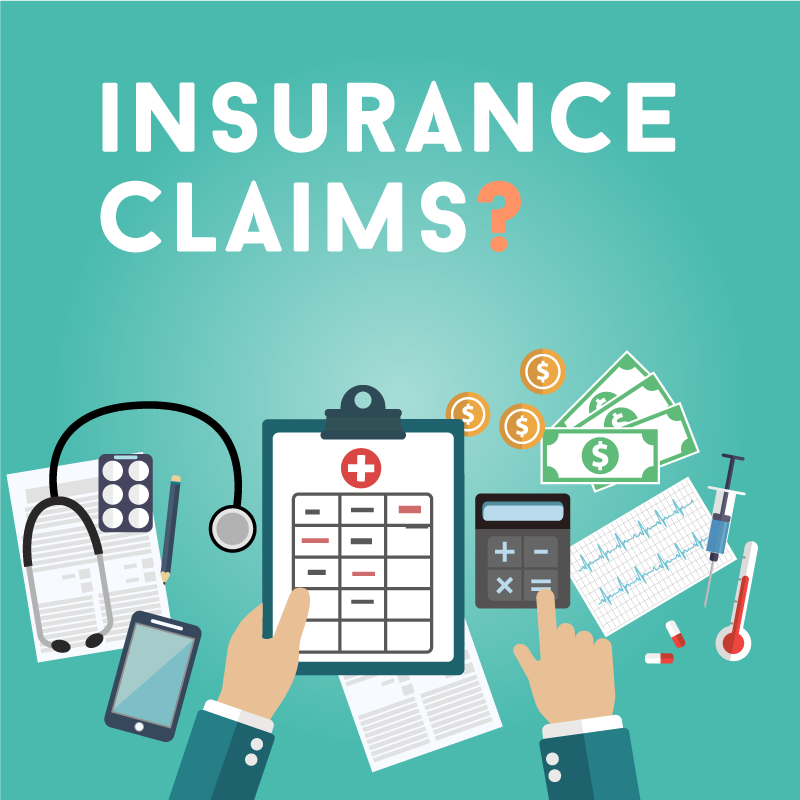 Home insurers shelled out an estimated $35 billion in loss claims in 2011, partly because of the unusually brutal weather. Auto insurers say they’re alarmed about the rising severity of injuries and higher claims costs. And last year, insurance regulators in a number of states started to investigate the possible failure of life-insurance carriers to pay death benefits to policy beneficiaries.

Yet insurers are “rolling in money,” says Robert Hunter, director of insurance for the Consumer Federation of America, a nonprofit advocacy group. “Complaining about losses helps them get rate increases and gives them an excuse to be tougher on claims.”

The test of any insurer’s responsiveness to its customers is how well it handles claims. In fact, the Consumer Reports National Research Center bases its periodic Ratings of home and auto insurers on customers’ overall satisfaction with how their claims are handled.

If you have to file a claim on your auto or home policy, or on a loved one’s life insurance, it pays to know the right procedures and how to deal with any glitches you might encounter. Here’s what you need to do.

When an accident occurs. Whenever a crash involves another person or vehicle, call the police to officially document the incident. If you can, take your own notes at the scene, detailing what happened leading up to the accident, what you and the other drivers involved were doing, the date and time, relevant traffic signs and road markings, and weather and road conditions. Your documentation is especially important when the other driver is at fault.

At a minimum, get the other vehicle’s license-plate information. You should also get the other driver’s name, address, driver’s license number, insurer’s name and policy number, and vehicle-registration details. Note how many passengers were in the other vehicle to head off bogus injury claims. Get the names and contact information of any witnesses. Use your cell-phone camera to take photos of the scene from all angles.

When filing the claim. Always call your own insurer right away if a crash involves another person or vehicle. Never agree to skip reporting a crash out of sympathy for an at-fault motorist who promises to pay you out-of-pocket. If you’re at fault, you might not want to file a report with your insurer if damage is limited to your own vehicle and you expect costs to be within your deductible or slightly more. You’re not required to file a claim, and doing so can cause a premium hike.

When making a report, be sure to get a claim number and the name and phone number of the adjuster. Find out when you can expect him or her to contact you. Ask for a payout estimate and whether you should call or write to the other driver’s insurer. Also ask how you can limit your out-of-pocket expenses and avoid, for example, paying a deductible for which the at-fault driver’s insurer will reimburse you. If you’ll need to rent a car, ask for details about reimbursement before you do so.

You might be pressured to take your car to a shop in the insurer’s direct-repair program or to use cheaper replacement parts instead of original equipment manufacturer (OEM) parts. You’re under no obligation to accept either. Tests have found that some non-OEM parts fit poorly, are more prone to rust and corrosion, and might not meet federal safety standards.

If problems come up. Based on our latest survey of 22 major auto insurers, 10 to 26 percent of filers encountered a claims-related problem, depending on the carrier. If you have a disagreement, ask the adjuster to explain how your payment was determined. If the dispute involves an injury, the insurer probably based its offer on cost estimates calculated by injury-evaluation software. Ask to see the output report, and fight any low-ball offers.

If you can’t resolve the problem with the adjuster, take your complaint to the claims manager in your adjuster’s local or regional office, or go right to the home office. “To get action, you really have to go up the food chain,” says Mark Romano, director of insurance-claims projects at the Consumer Federation of America. “One component of those managers’ bonuses is tied to customer service,” he says. “The last thing a local claims office wants is a call from the home office.”

Still no satisfaction? Complain to your state insurance department. Most can’t force an insurer to pay, but they can get answers. If your claim involves big money, you can hire a lawyer who works on a contingency basis. He or she usually gets a third of the settlement or court judgment if you win and nothing if you lose.

When the loss occurs. First, make sure your family is safe and that emergency personnel have been called to protect your home. As soon as practical, take pictures of the damage. Then take steps to prevent further damage, such as covering a hole in the roof with a tarp and moving undamaged furniture and other items to a safe place. Keep receipts for any money you spend to prevent further losses. But don’t repair anything or dispose of ruined property until an adjuster has examined everything.

If you were burglarized, call the police first and your insurance agent later; you’ll need to document your claim with a police report anyway. If someone trips and falls on your front stairs, see to their medical care first. Again, take detailed notes about what happened and get photos of the scene.

When filing a claim. Report the loss to your insurance agent as soon as practical. Your insurer will send claim forms, which you should return as soon as you can. Ask about the time limit for filing claims, details about what’s covered, and how to get repair estimates. If you have an inventory of your possessions, submit it with your claim along with any photos of damage, receipts, police reports, and other evidence that documents the loss. Keep notes about any promises you’re given, the date and time of each contact, and the name and title of each person you deal with.

Make sure the adjuster sees everything. Ask for a copy of his or her report and scrutinize it for mistakes. You’re also entitled to a copy of your entire claims file.

Copy everything you give the adjuster and ask for a receipt. If he or she advises you to start repairs, get that in writing so promises and permissions can be accurately passed on if your case is transferred to another person. If you get payments up front for temporary living expenses, don’t sign any documents that make them your last payments or that surrender your right to collect further payments.

If problems come up. Be ready to fight for what you’re due, especially if your claim stems from a major natural disaster. When the Consumer Reports National Research Center surveyed 10,700 readers about their experiences with homeowners’ claims in 2008, half of those who had filed claims related to Hurricane Katrina reported problems, twice the rate of the other claimants.

There are signs that insurers have improved their act. After last year’s tornadoes in Joplin, Mo., insurers had mobile catastrophe units on the scene to process claims, says Sam Friedman, an industry analyst for Deloitte Research, a consulting company.

But Deloitte found adjusters sometimes complained that salespeople promised more protection than policies actually provided. If your insurer says your policy doesn’t cover certain damages or if the offer is too low, ask for the policy exclusion or limit in writing. If you’ve been misled by policy wording, contact a local attorney who specializes in insurance law. The Consumer Federation of America notes that courts have consistently ruled in favor of policyholders on such ambiguities.

If you reach an impasse, consider getting help from a public adjuster. You’ll pay a hefty fee, typically 10 percent of the policy payout. But a Florida study of more than 76,000 claims found that policyholders who used one got payments that were 19 to 747 percent larger than those who didn’t, though the cases took longer to settle.

To find a public adjuster, go to the website of the National Association of Public Insurance Adjusters. Look for references, several years’ experience, and a state license if required.

When the loss occurs. An insurer might delay or deny payment to beneficiaries if the policyholder died within two years after buying the policy. Almost $1.4 billion in “resisted claims” were in dispute as of 2010, the latest year for which data are available, according to the American Council of Life Insurers.

No matter how long a policy was held, however, if no one files a claim, insurers historically haven’t done much to find the beneficiaries. That was the finding of an audit of 21 life insurers by the California State Controller’s Office last year. Insurers could check the Social Security Death Master File to learn if policyholders have died, but most don’t (though they do use it to stop making annuity payments).

When filing a claim. The process is simple: Send the insurer a claim form for each beneficiary and a certified copy of the policyholder’s death certificate.

To find out if a deceased family member had a life-insurance policy, check his or her files for the policy itself or billing statements; search bank statements for canceled checks to a life insurer; or contact the employee-benefits office of previous employers or unions.

If several years have passed since the death, your state’s unclaimed property office might have a copy of the policy. You can search free on the website of the National Association of Unclaimed Property Administrators or MissingMoney.com, an affiliated site. Representatives of the deceased’s estate, surviving spouse, or child can contact the MIB Group, an association of 500 U.S. and Canadian insurance companies, which offers a policy-locator service for $75.

When you file your claim, you might need to indicate how you want the benefits paid—a lump sum to you, installments over a set period, periodic payments for the rest of your life, or interest earnings only, with the principal going to a secondary beneficiary upon your death.

Some insurers put your payout into a “retained-asset account,” which is like a checking account except that it’s not covered by the Federal Deposit Insurance Corp. Steven Weisbart, chief economist for the Insurance Information Institute, says you can take all the money out of the insurer account at any time by writing a check and depositing or investing it elsewhere for a higher return.

If problems come up. Delay or denial of payment is most likely to happen when a policyholder dies within two years of obtaining coverage. The rationale is that the policyholder may have concealed a health problem. If that happens, you’ll need an attorney who specializes in life insurance. You can find one by going to the Martindale website and following the search prompts.

Often a salesperson is at the root of the problem. “I can’t tell you how many clients I’ve had who tell me that when Grandma Helen took this policy, she asked him if she should mention that she was checked for diabetes three years before and he said don’t worry about that,” says Chad Boonswang, a Philadelphia attorney. “But when a claim is filed, the insurance company goes over all her medical records with a fine-tooth comb and sees she checked a box incorrectly.”

A good attorney can defend the claim by arguing that the insurance salesman misled his client. Unclear or ambiguous wording on the application is another weak point for insurers. A lawyer will first try to negotiate for the entire benefit—sometimes a letter does the trick. Partial payment is one fallback, and a breach of contract lawsuit is the remedy for a strong case.